A morning with Blurring Lines 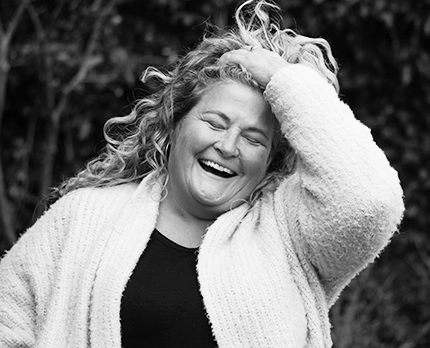 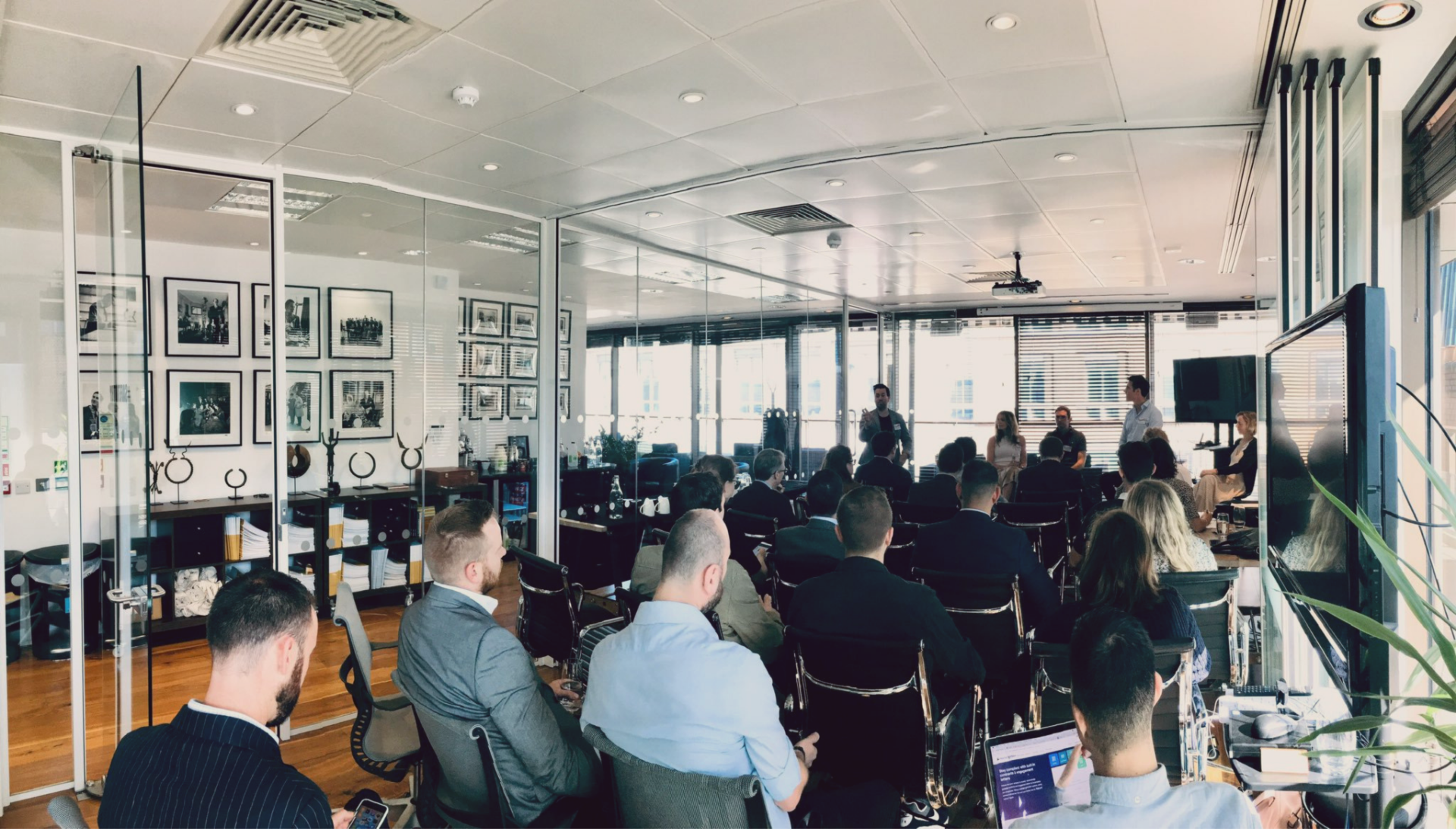 On the 27th June, Hokodo assembled a group of fintech experts and thought leaders for the launch of our Blurring Lines report. Delving into the convergence of banking, accounting and technology, the report shines a light on the race to build an ‘SME Cockpit,’ exploring who, out of accounting platforms, neobanks and third party apps, will emerge as the go-to finance hub, and crucially, what these developments mean for real-life accountants.

Our chair for the event, Ruth Foxe-Blader, Managing Director at Anthemis, was on hand to dig a little deeper into these themes, with the help of our esteemed panel:

Our breakfast fireside chat was a full house where incumbents, innovators and traditional accountants alike listened to thought provoking commentary from our panel

An accounting ‘super app’ is closer than we think

“Software is eating the world of financial services and accounting,” declared Hokodo Co-founder, Louis Carbonnier, as he kicked off the discussion with a summary of the report findings. But as ‘app fatigue’ becomes a real problem - the average SME is currently switching between an incredible 54 different apps and user interfaces - the situation “cannot continue”, he said.

All the more reason therefore to build the SME Cockpit, which is closer than we might think, according to Louis. ‘Super apps’, such as AliPay and WeChat in China, show that the model exists and that consumers are already open to the idea of accessing numerous diverse services from a single dashboard. “We see the SME cockpit coming to Europe in the next three to five years,” said Louis.

Meanwhile, embedded finance means financial services are increasingly being distributed through software, rather than brokers and banks. “As an SME owner, why would I go into a branch or see a broker, when I can access financial services at the click of a button within an app that I already use day-to-day?” asked Louis. And, while the big question is which provider will come out on top, the ultimate winner will be the SME, who will benefit from “better UX, greater financial inclusion, and tools that were previously only available to large corporates.”

Picking up where Louis left off, the panelists agreed that the real driver behind the ‘cockpit’ is the need to help SMEs make better decisions and grow their businesses more effectively. “SMEs go into business because they have a dream, but then most of them fail within five years,” said Hannah. “This isn’t only because of bad ideas, but because they’re making siloed decisions, and are not given the tools to figure out the relationships between their data.”

Shaun raised the same point, highlighting that SME failure is often brushed under the carpet. “It’s easy to get wrapped up with lots going on, but we have to pay attention to the 50% mortality rate amongst small businesses. If your doctor told you your chances were 50%, you would take it seriously,” he said.

But businesses have been held back by inefficient technology that doesn’t enable them to make real-time decisions. “By having accounting and banking systems separate, you have duplication of data and effort,” Tim explained. “And then on top of that, there is a massive time-lag between these two systems, with bank accounts operating in real time but most businesses leaving it until the end of the tax year to update their accounts.”

When it comes to envisaging the central hub, Hannah was keen to point out the importance of user experience for the SME market and the fact that many technology providers move into the enterprise space too quickly, leaving SMEs underserved. “With the zero to 50-employee bracket, you’re not selling to enterprises, you’re selling to people,” she said, arguing that SME technology should reflect consumer platforms, such as LinkedIn, Facebook and Instagram, so it’s easy to find and interpret the most important information. “It has to be as easy as Spotify - or so my Dad can use it.”

Personalisation is also increasingly important, particularly as app fatigue strikes and businesses struggle to see the wood for the trees. “App stores are still a very crude way of solving the problem,” said Shaun, responding to Ruth’s observation that Quickbooks has over 500 apps in its app store. “But the excitement is in looking at how we can understand the needs of our user in order to serve them with a personalised integration. So, in the future, they will receive a personalised suite of apps and solutions that will serve each small business the best, at a particular point in time.”

Accountants are the new bank managers

Despite the emergence of increasingly sophisticated tools and technology, none of the panelists believe that accountants will become redundant any time soon. “Accountants, bookkeepers and advisors will still play a critical role, and the platforms will help to remove a lot of the drudgery, so that they can spend more time on value advisory services,” said Shaun. “We’re still a long way from having a bot that can tell you exactly what you should do for your business.”

This was echoed by the other panelists who agreed that more innovative technology is a positive step for accountants. “An accountant’s role is to check and file, so that the client knows that everything has been done properly. But accountants also don’t want a mess with the bookkeeping records or have inaccuracy with the transactions, as it wastes their time,” said Tim. “As this becomes more automated, it means they become more profitable and they have more time for advisory work.”

More sophisticated technology will also help to build better communication channels between SMEs and their accountants, according to Hannah. “AI brings IA – bringing intelligent automation - rather than replacing a human” she explains. “It’s about developing software that educates the layer of businesses who are scared of numbers, so that they can see where they need help from their accountant. That brings more on-demand advisory services.”

Accountants also have an edge over incumbent banks, who are gradually losing their relationships with customers, as a result of software and diminishing high street presence, argued Tim. “I think there is a big opportunity for accountants to fill the role of the traditional bank manager. The accountant still has that local presence in the community and there is an opportunity to be the advisor around banking and lending,” he said.

The jury is still out regarding who will win the race to build an SME cockpit and how exactly this will evolve. Tim believes a central hub, such as Countingup’s combined accounting and banking solution, will win amongst the one-person businesses, who are looking for simplicity above all else. Meanwhile, Hannah believes an ecosystem approach will win the day and Shaun imagines something like a personalised version of the modern app-based marketplace.

But picking a single, overall winner isn’t easy. “You could place a bet on a few different people, but I don’t know if it’s a winner takes all model. It’s still TBD whether there will be several winners or one,” concluded Shaun.

Our three panel members presented three visions of how the convergence of banking, accounting and technology will come together; from a one-stop-shop, to a marketplace model, or interconnected ecosystem. But whichever model wins the day, it is undoubtedly a hugely exciting time to be part of the accounting and financial services industries. As Louis neatly summed it up: “We’re still radically underestimating the quantum of change that is going to happen.”